Bombay [Maharashtra]May 31 (ANI): Bollywood diva Janhvi Kapoor, who recently shot for her ‘Mr and Mrs Mahi’ alongside Raj Kumar Rao, has shared her chic photos on her social media account.

The ‘Dhadak’ actress took to her Instagram handle, dropping a series of bright and rosy photos of herself looking stunning as usual.

“To see we must forget the name of the thing we are looking at – Monet,” she captioned her post.

In the very first photo, Janhvi can be seen donning a cool-toned light blue cardigan as she flashes her beautiful smile. She opted to keep her wavy hair loose and opted for a pale pink shade of lipstick.

The second image shows Janhvi basking in the sun with her eyes closed enjoying the sunny day. 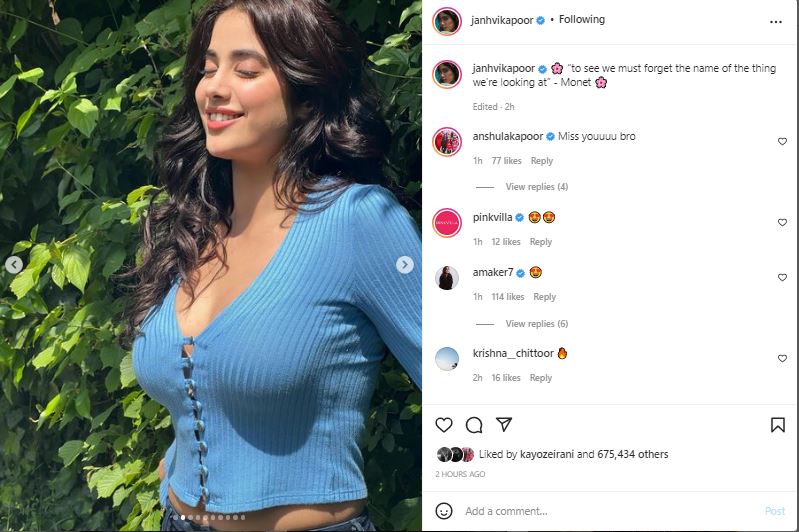 Striking a shy pose in the third photo, the actress looks stylish with a shy smile on her face. She is seen wearing a pair of high waisted blue denim, keeping her hands behind her back. 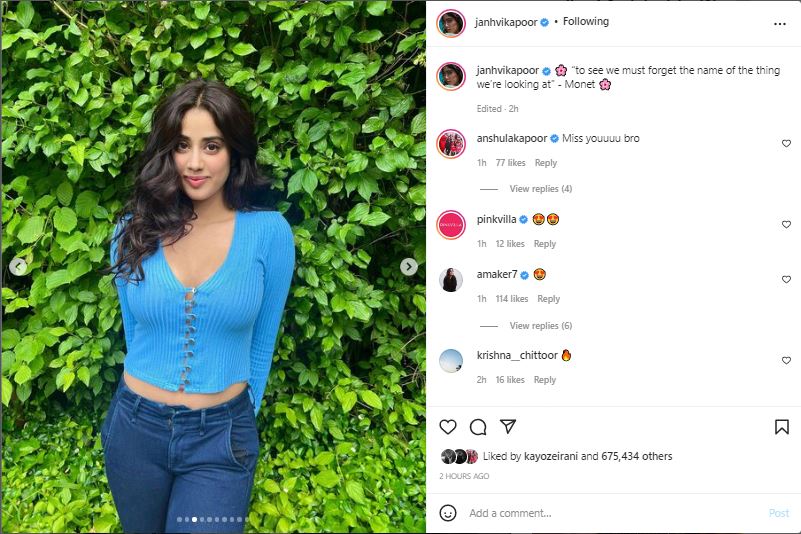 The fourth image depicts Sridevi’s daughter, amid pure greenery, with birches, trees, lavender plants and green waters behind her. Apparently, Janhvi is enjoying the beauty of the place as she lets her hair blow in the wind. 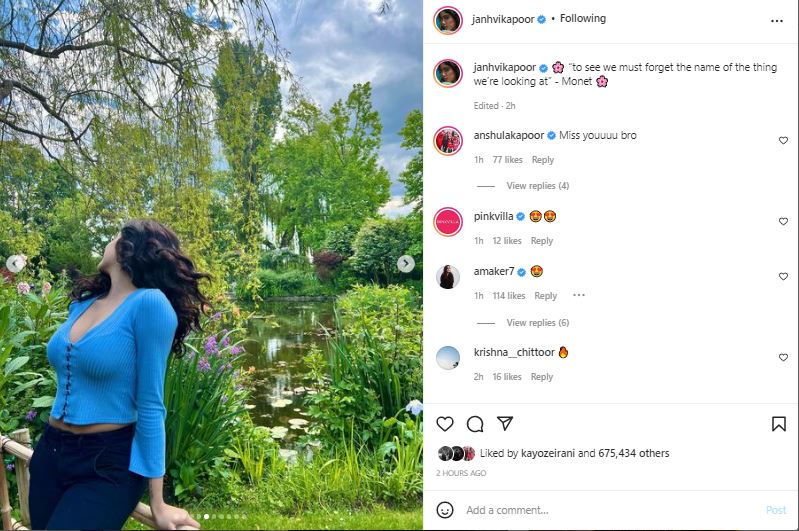 In the fifth image, Jhanvi is seen looking out of a green-colored wooden window, seemingly lost in thought. The view outside, with billowing clouds and greenery all around matching the blue sky and Janhvi’s blue cardigan, creates a moody tone in the image. 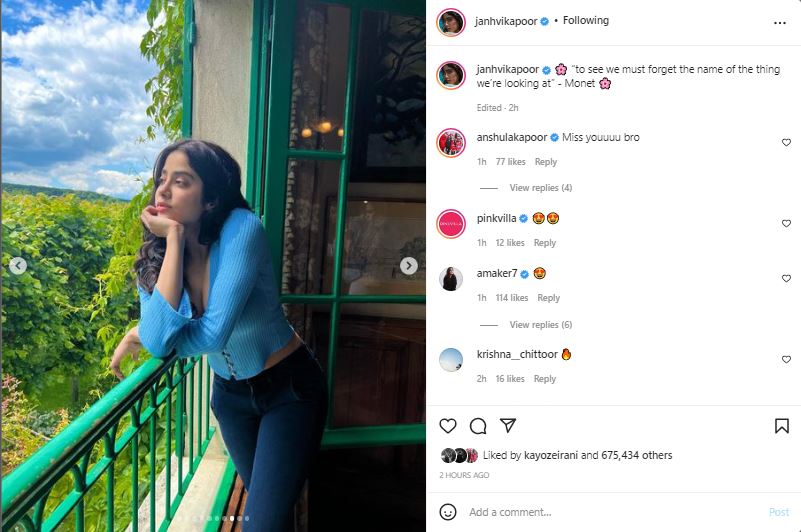 Rajkummar and Janhvi will play characters named Mahendra and Mahima respectively in the film, which marks their second collaboration after “Roohi”. (ANI)

This report is generated automatically from the ANI news service. ThePrint declines all responsibility for its content.